For anyone on the fence about this, I will say that this time around the Stardew Valley/Harvest Moon comparisons feel a bit closer than with past AC titles. Nook Miles illustrate just how much there is that you can go and do, and the progression that's linked to them (getting your first house, upgrading your tools, new crafting recipes, etc.) gives quite an incentive to go out and do something. If you're the type who likes having goals to reach for, you might like New Horizons more than earlier games in the series.

Fizzbuzz wrote: ↑
Fri Mar 20, 2020 10:12 am
I suppose exchanging fruits isn't quite as necessary as it used to be since you can pretty easily travel to random islands now, but I've saved some to share if anyone wants to visit.

i've been to like 10 mystery islands by now and the only primary fruit i've ever seen is cherries, my native fruit

well, i confirmed that it does happen


it's just not very reliable, since it appears a majority of mystery islands use one of the common layouts that have 4 coconut trees and maybe 4-6 trees with your native fruit. in total it seems like around 3/4 of the mystery islands i've been to were of that variety, and this pear island is only one of the four uncommon rolls i've gotten so far. (the other three involved purple and pink mums around a pond, a central plateau with 6 or 7 rocks on it, and a bamboo forest)
Top

My native fruit is apples if you wanna do a trade. I could use some cherries.

Turnip sales should begin for us tomorrow. Remember to get up in the morning, since Joan always left by noon and I expect her replacement will do the same. Once you have the shop open, check in for the turnip prices, which'll change in the morning and the afternoon. These vary from town to town, so if you get a high price, be sure to let your friends know! 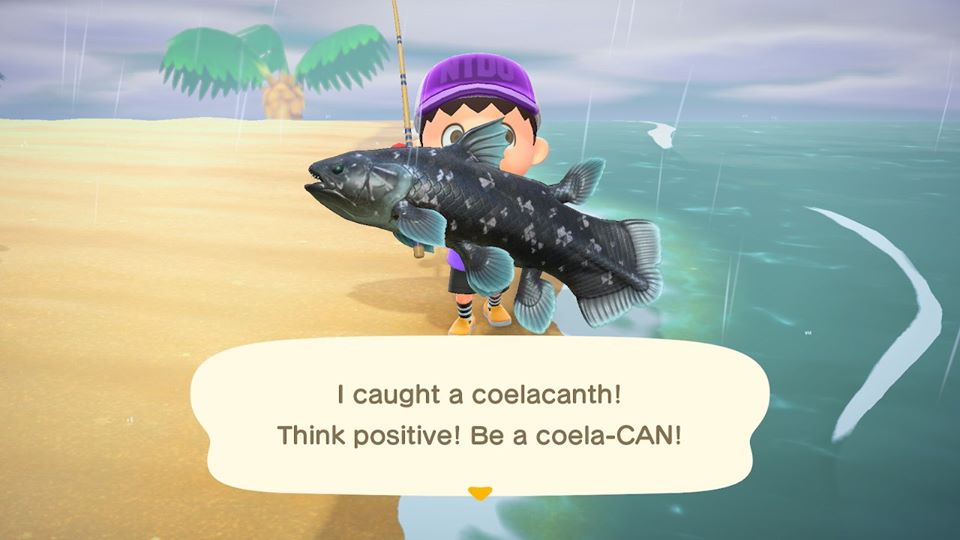 Something I just spotted in the footage I've seen: As the ground-cylinder rolls around as you walk north and south, rows of grass blades appear and disappear at the top edge to make it look just a bit less flat.
Top 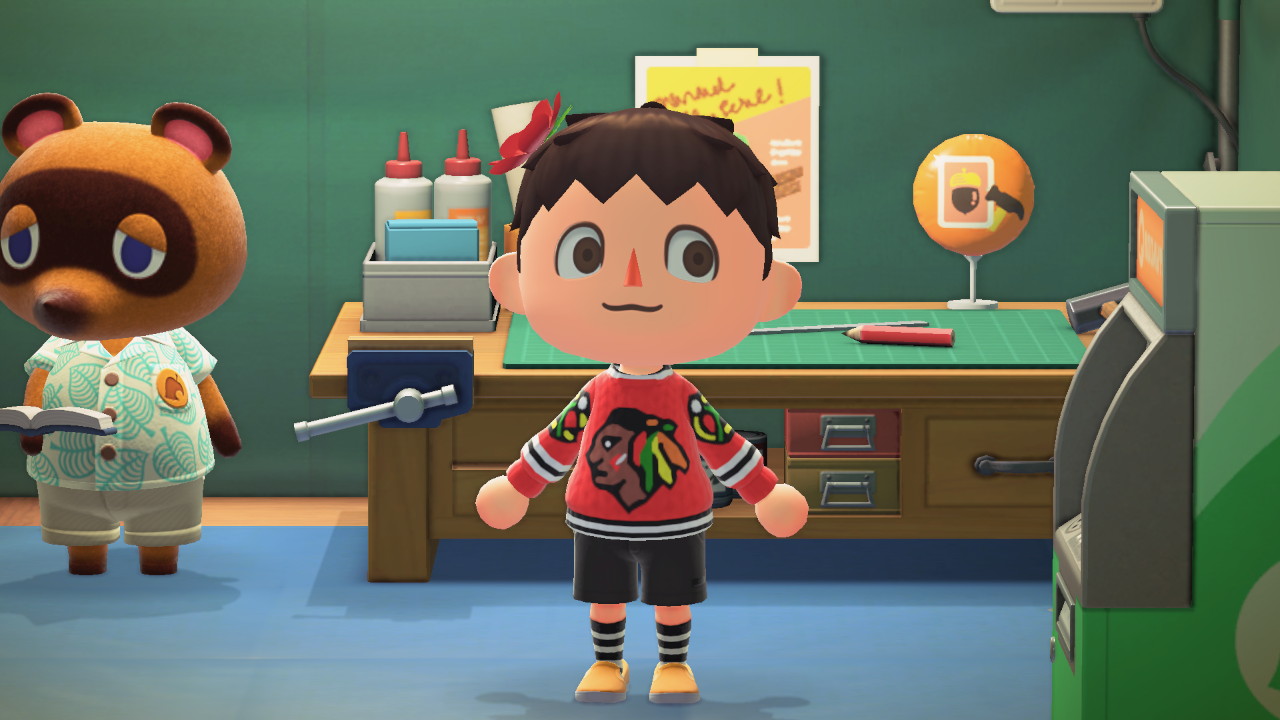 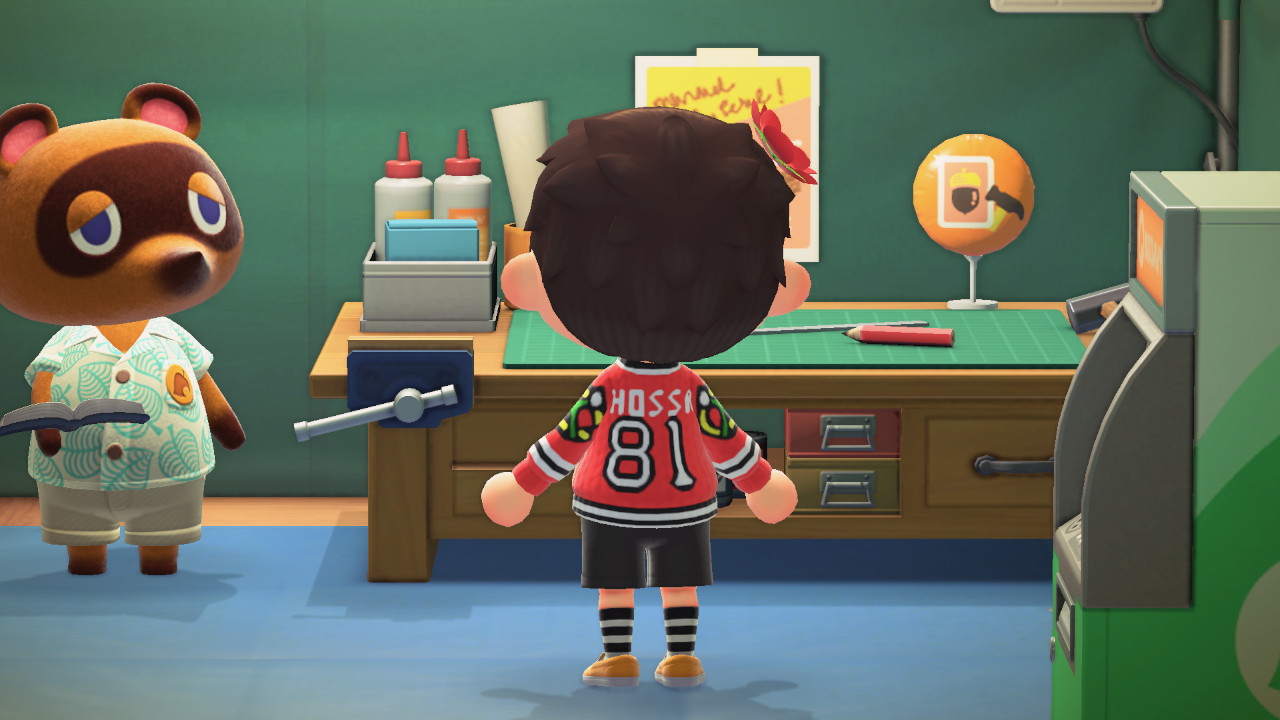 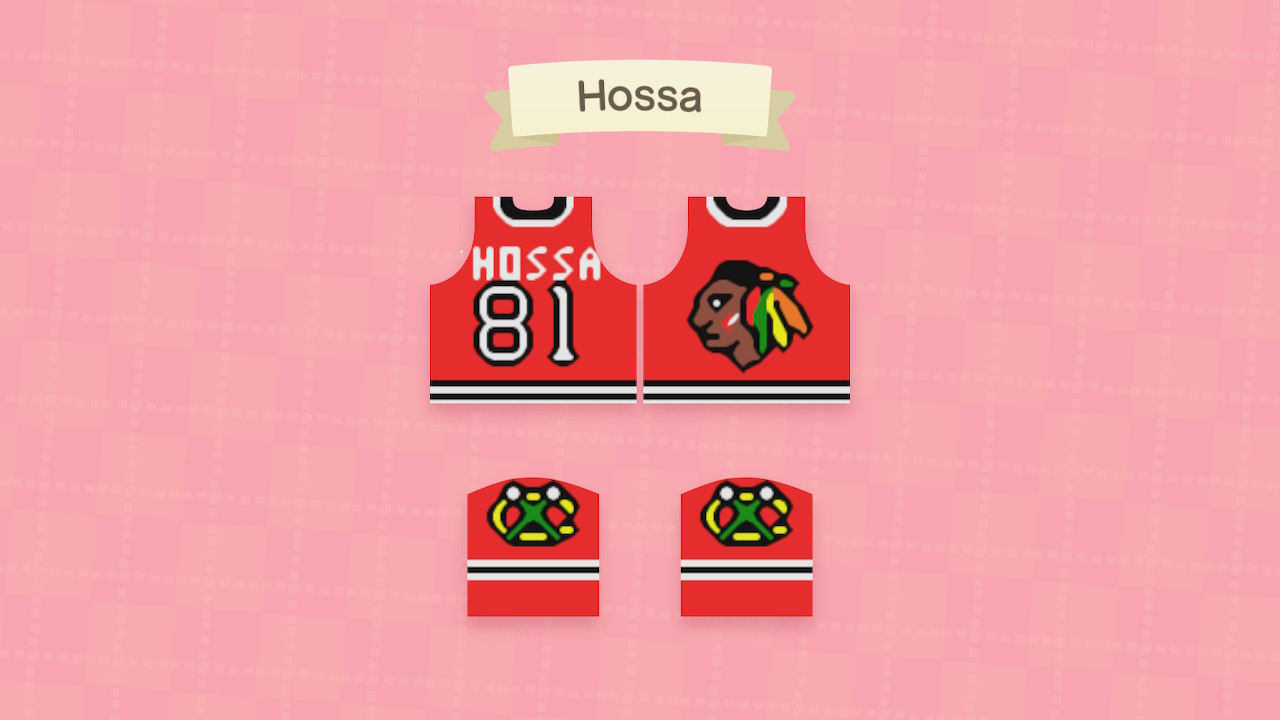 I'll try to keep everyone updated on the daily price of my turnips in this thread.

The Animal Crossing thread on SA is a good place to check for high turnip prices. A lot of people there open their islands with a Dodo Code, so you can hop in with that (after trying again and again to get in), and so many people will be coming that the host is unlikely to notice even if you are a pubbie.

Clay is moving out of my island tomorrow. I assume that you can still convince villagers to come join you if you talk to them on their moving day, so if anyone wants him, let me know somehow and I'll open up for you tomorrow.

So is it true that your starting villagers will always be a jock and an uchi? That's been going around, and it's been true of everyone I've seen play the game so far, but that's a really weird thing to do.
Top

CJ and Flick are in love and this is my headcanon now.

Yes. Tom Nook later suggests that those two types are about the only sorts who were willing to go camping on a deserted island, in a tent and all. 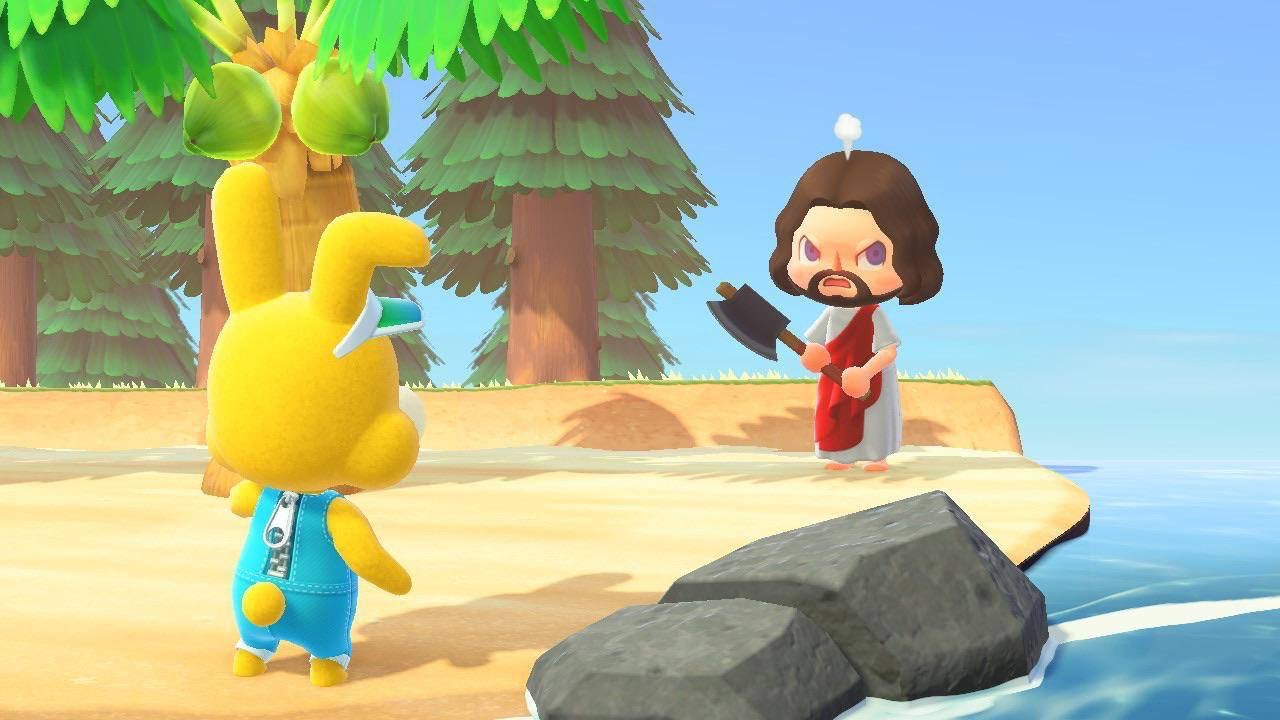 Uchi's the best personality so that's why

I think Lazy is my favorite personality. My favorite neighbor in New Leaf was Elmer and my favorite in New Horizons is Cole. Both are lazy personalities.

Found a fancy bird on a nook miles ticket and invited her to the village. 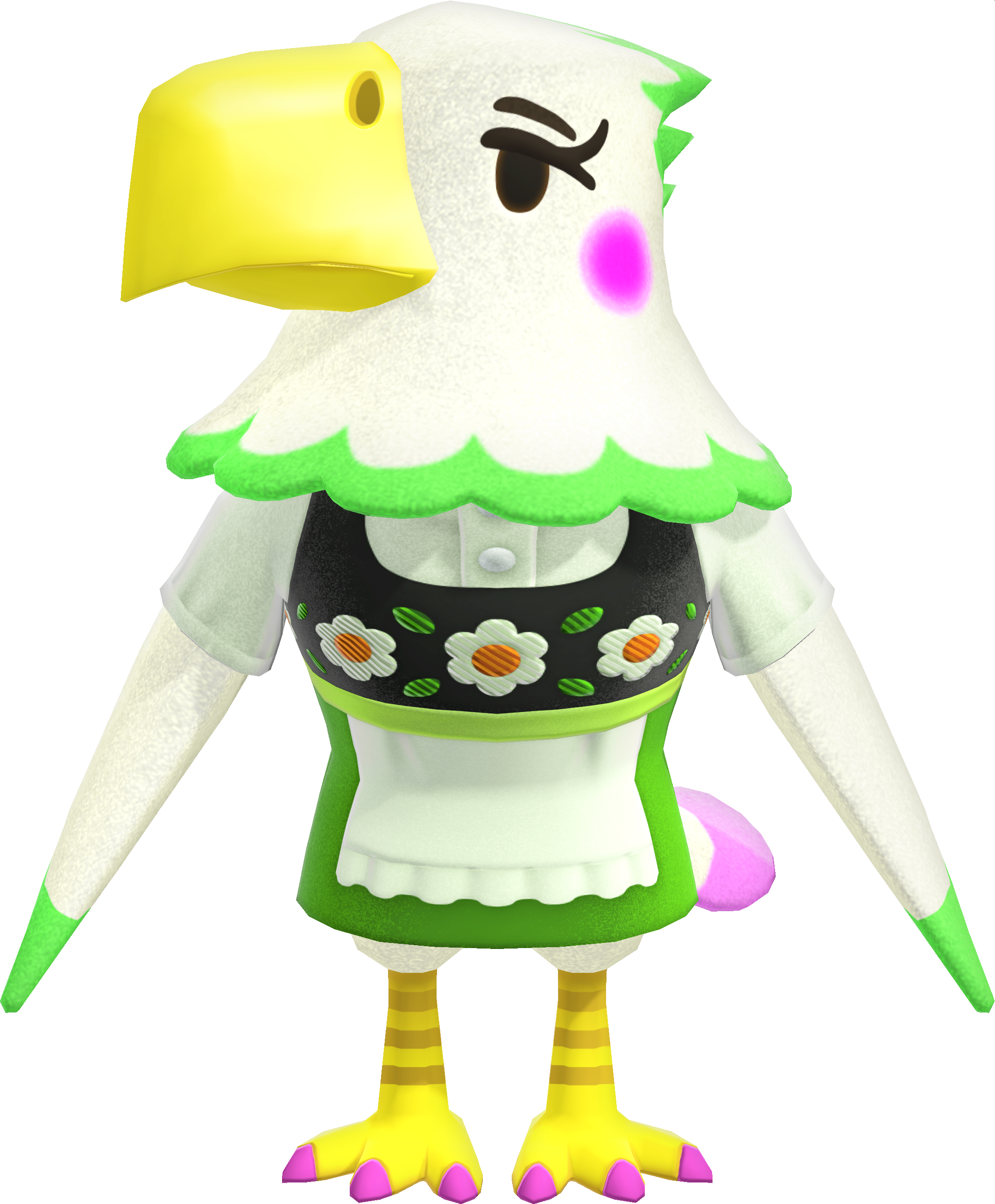 I am not at 10 villagers, and can start being mean to the villagers I want to leave.
Top

In case anyone wonders about all the patches we've been getting lately, Nintendo publishes the patch notes on a somewhat buried support article. Most of them have been hotfixes for the worst bugs and exploits, but today's patch nerfed the egg spawn rate to where you can actually reasonably get iron and wood again. It says there'll be lots of eggs again on Bunny Day, though.

I have spare recipes, in case you need one of these to complete your collection. You can have them for free, just get in touch somehow.

I love that the passport lets you describe yourself as "[thing] Trash". Nintendo's really up with the times. Sadly there aren't a lot of first-part options that pair well with it, although Vinny calling himself "Internet Trash" was a good one.
Top

Turnip Prophet - as you probably know, turnips follow a certain pattern each week. input as many of your turnip values as you can into this tool and it will narrow down the the range of possibilities you can expect to see later in the week

Ninji's Mystery Tour Islands Guide - this is just a list of all the possible mystery islands, including their chance to appear along with any special properties they have. bear in mind that some of these have seasonal or time-of-day requirements that aren't listed, but are easy to guess. for instance, "fins island" will only appear while you are in a month that can spawn finned fish, and tarantula island will only show up at night during months that have tarantulas

Flower Genetics Guide - flowers in AC have never been a simple matter of mixing two colors, although in most cases that simplistic understanding is enough to foster results over so many days. this guide delves into the actual mechanic of flower genes while also still maintaining a simplified list of the combinations that work. in the end, the only particularly difficult flower to make is the blue rose; the rest require at most a modest effort to keep two genes of the same color separated based on where they came from

i'll also just sum up the rumors that have been debunked thus far:
Top

There is some kind of beetle that appears randomly when I chop down a cedar tree. It always flies away before I can catch it, no matter how stealthily I creep up on it.

It’s the only bug I’ve had trouble catching so far.
Top

Update: caught a violin beetle and a jewel beetle on cedar stumps last night. Also, I caught a coelacanth.

It was totally worth burning a Nook Miles Ticket.

My fave villager moved out, but Peanut is moving in. I’ve had her before so I think she’ll be okay? Maybe?
Top
Post Reply
74 posts